From our humble roots 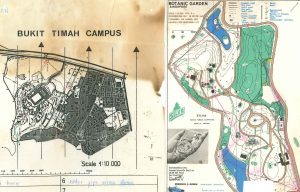 In 1978, the Orienteering Federation of Singapore was established.

At that time, public recreational activities were scarce and the community quickly latched onto this idea of “a running event with an added element”. Victor & his team spread the fun of orienteering by choosing prominent locations like the Singapore Botanic Gardens, and the National University campus. The good rapport finally paid off as the sport made headlines in the local press with the term “the “thinking sport”. 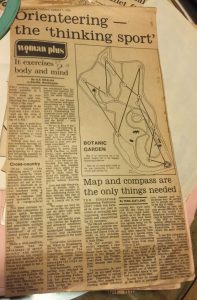 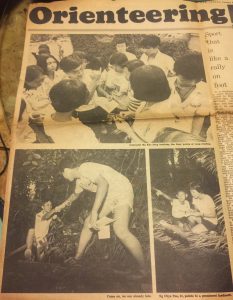 However, the high life of OFS was short-lived as the rapid development of Singapore’s economy saw the privatisation of land. Many green spaces were lost and coupled with the government’s focus on an information economy, the sport slowly lost its interest and was shelved aside into the archives. Victor & his team was also reassigned to other services within the armed forces, thus ending this short golden era…

To not that long ago… 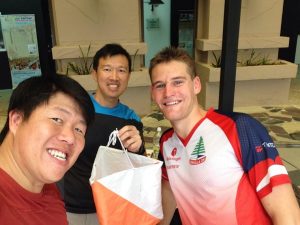 Fast track to the year 2013, a group of sport enthuse who were former members of Singapore Polytechnic’s Outdoor Adventure Club came together to discuss the possible ways in rekindling the spirit of outdoor adventure in youths.

Orienteering came up onto the discussion board as both our founders Alex Chua and Sebastian Wong thought that this sport would be an interesting “spice” to the already established running community in Singapore. Together, the duo rekindled Sport Orienteering with the rebuilding of the Orienteering Federation of Singapore (OFS).

At that time, the term Orienteering is loosely defined in Singapore with most people associating it with the idea of cartography and “just another syllabus” taught in school. Hence, the first few order of business were to:

To achieve that, Orienteering Singapore worked hard alongside our industry partners to craft maps, create races and build up a team of budding athletes.

As of present times, those same concepts still stand the same but with new challenges that comes with an ever-changing sport environment. Visit our home page: https://www.orienteeringsingapore.org.sg for the most current mission objectives.

2013 –  Registration of Orienteering Singapore as a society / association

If there are any enquires, feedback or comments, please leave us your thoughts in the boxes to the left or drop us an email at [email protected]

Try it out today!